The history of Minsk Kristall distillery is a detailed chronicle of the development of Belarus’ alcohol industry. When founded 116 years ago, it was a small local enterprise with only one steam engine and 20 people working there. From these humble beginnings rose a company which is now reputed as Belarus’ number one liquor producer. After securing a firm foothold on the domestic market, the company keeps striving to attain new heights.

Minsk Kristall products are a combination of century-old traditions established in the 19th century, classic recipes refined in the 20th century and cutting-edge technology and equipment introduced in the 21st century.

Minsk Kristall is a classic brand recognized not only in Belarus but in many countries worldwide. Belorussky balsam, Belovezhskaya bitter brandy, Kristall Present and Belaya Rus Lux classic vodkas, Kristall Belovezhskaya and Khlebnoye Vino special vodkas are just a few of the long list of beverages that were created in the 20th century and preserved the original taste so popular around 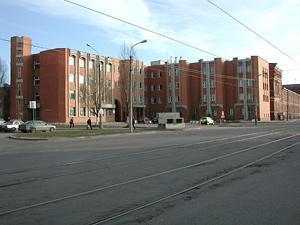 We are proud of our know-how into which we invested so much time and effort. We are doing our utmost to satisfy most demanding customers. In 2007 we launched the production of Belling cream liqueur. Such liqueurs are not produced anywhere else in Belarus. Belling is a bright example demonstrating that premium class products can be absolutely affordable. Khlebnoye Vino vodka is made using a traditional recipe based on rye biscuits and artesian water. This vodka has been the highest selling brand in the vodka segment in Belarus for several years already. 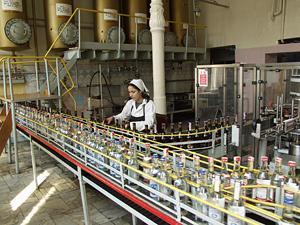 In 2008, Minsk Kristall was certified with ISO 9001 quality management system.

A year later the company obtained Organic certificate confirming that Minsk Kristall vodkas are in compliance with EU 209/91 requirements.

The popularity of Minsk Kristall products is underpinned by a combination of factors: eco-friendly and natural raw ingredients, unique recipes and advanced production technology. Many Minsk Kristall brands are not produced anywhere else in the world. 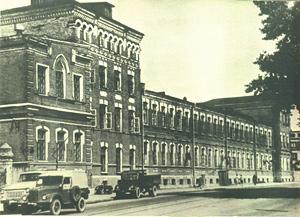 The enterprise is the winner of the Quality Excellence Award of the Government of the Republic of Belarus. 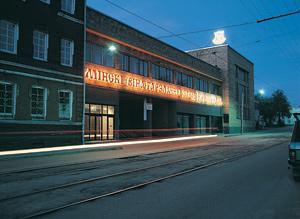 All these awards attest to the great quality of the company’s products, help raise the prestige of the trade mark and boost the sales.

The company is turning into an increasingly active player on the international liquor market. It has secured a solid market position thanks to brand recognition, compliance with international standards and customized approach.

Minsk Kristall products can be found at top shelves in such countries as Germany, Russia, the Baltic states, Turkey, Georgia and Poland.

At the international show-presentation in Las Vegas in 1999 Minsk Kristall products scored most points and won the 1st place, and Vseslav Charodey vodka was recognized the world’s best. The organizers of prestigious international celebrations dedicated to the Cannes Film Festival in 1999 and the New Year's Ball in the Princedom of Monaco in 2000 chose the Belarusian vodka Vseslav Charodey to treat eminent guests.